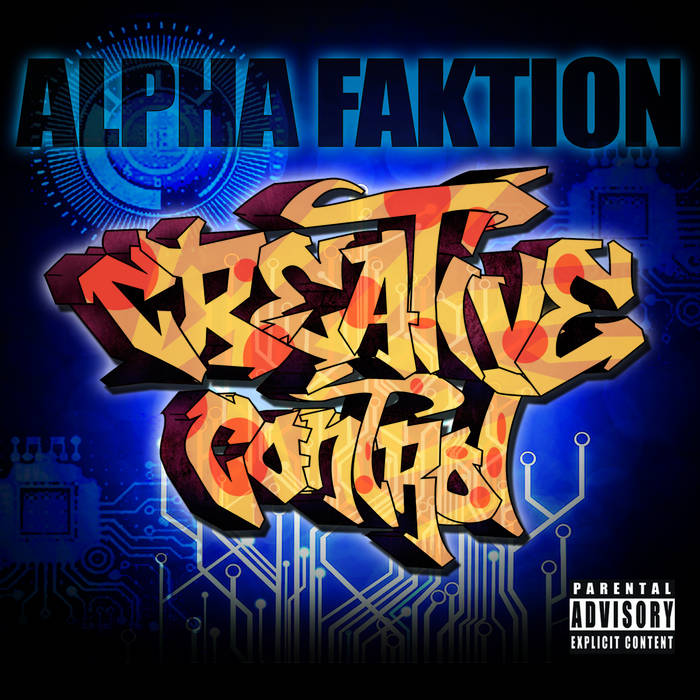 Creative Control is a hard-hitting musical statement from the upstate New York rap crew, Alpha Faktion, who passionately eschew the compromise that often comes with trying to reach a bigger audience in the music world. Instead, they focused on staying true to themselves and the culture they love so deeply—and the end result is 14 tracks of all-killer, no-filler Boom bap from the trio of rapper/producer Azwun, rapper Kraze ILLA, and DJ Enyoutee.

All cuts were done by DJ Enyoutee

Mixing was handled by: Mike Kalajian, Carl Roe and Azwun

Alpha Faktion is an unstoppable force from Middletown, NY consisting of producer/emcee Azwun, Kraze, a versatile and sharp lyricist and the one and only DJ Enyoutee who holds down the action on stage.
They have shared the stage with underground hiphop icons such as Pumpkinhead (PH) of Brooklyn Academy, L Swift (Swigga) of Natural Elements, El Da Sensei, Block McCloud, Cappadonna and many more. ... more

Bandcamp Daily  your guide to the world of Bandcamp

MF DOOM is given his flowers, plus appearances from MC Jada Imani and Stanley Ipkuss